The best way to prepare for any interview is to anticipate the questions you'll be asked. Oxbridge interview questions range from the generic “Why do you want to study blah?” and “What's your greatest weakness?” (more on these here) to the specific.

In this post I'm sharing some questions that successful Oxbridge applicants remember being asked at their interviews. Mixed in with the questions are some gems of advice from these people who have gone on to forge successful careers in a range of industries (I'm proud to say they're all my friends – I never said this was a scientific sample!). 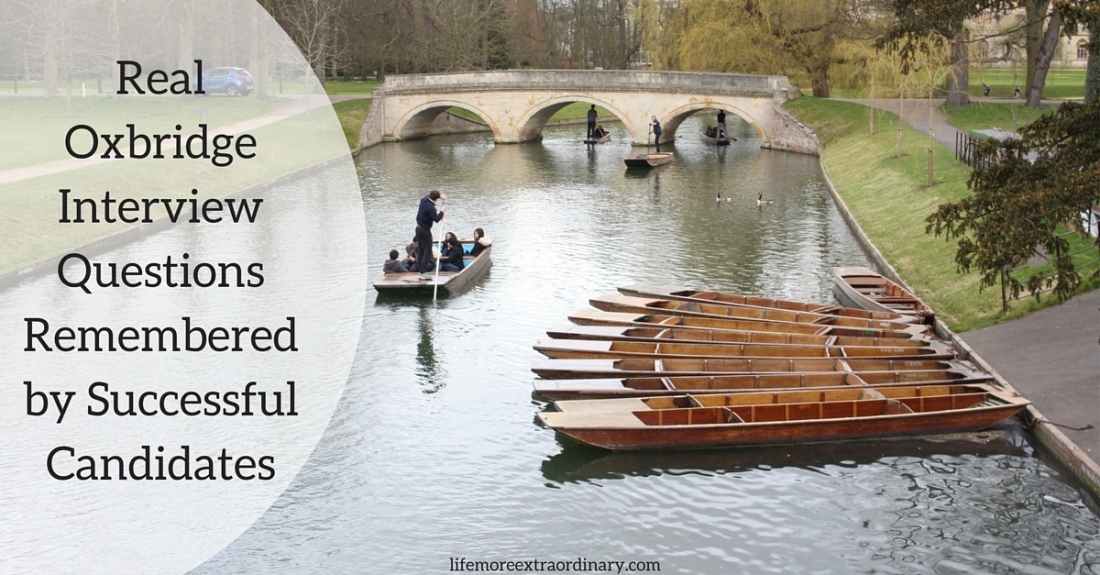 Read, take notice and apply what you learn to your own Oxbridge interview preparation.

The best way to prepare for #Oxbridge interviews is to anticpate the questions you'll be asked. Click To Tweet

Given an extract from the Odyssey, Catherine was asked to think about it and then questioned about Odysseus' characterisation. 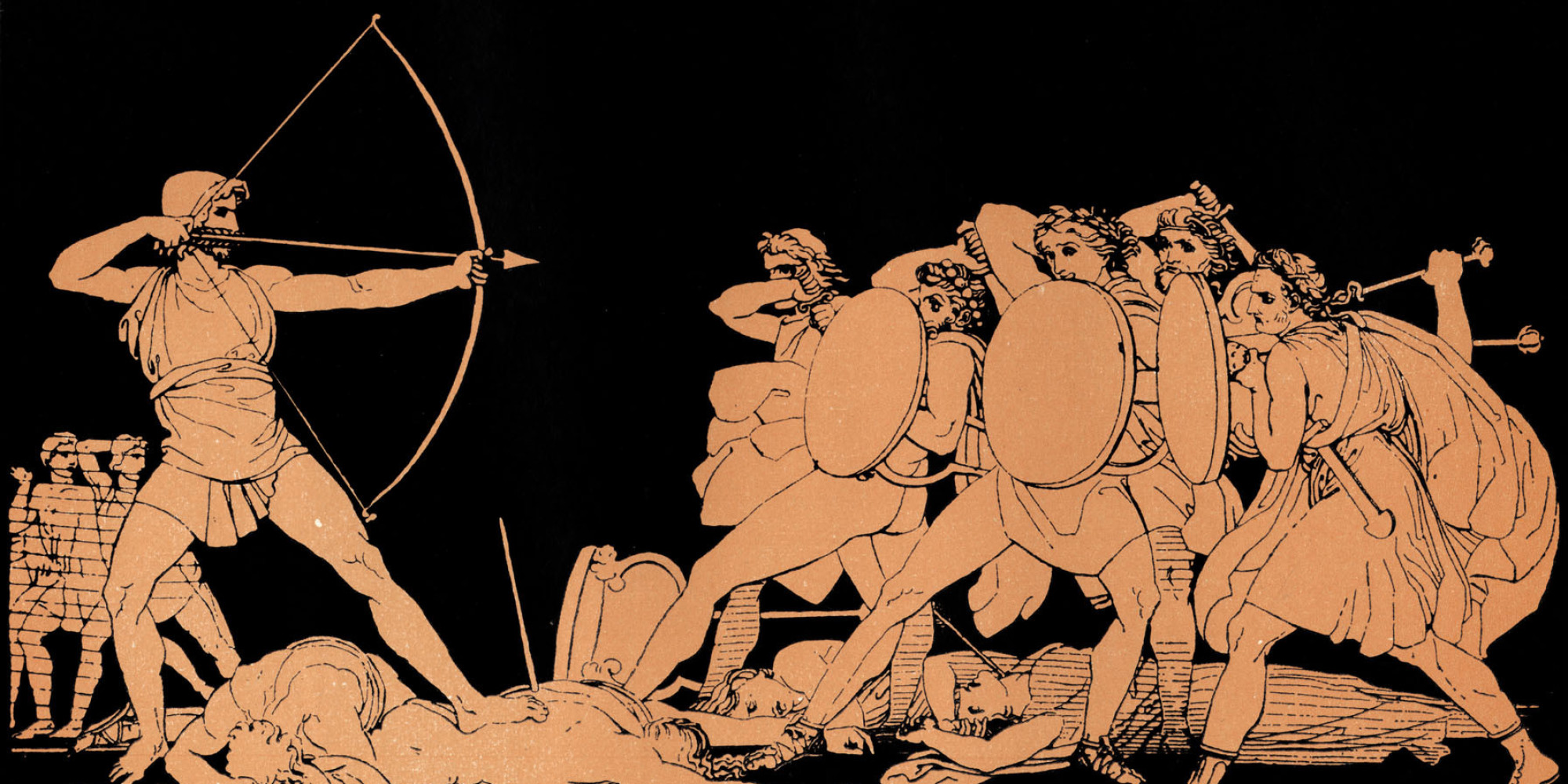 The Odyssey, courtesy of Burdesta Theatre

Catherine had written that she found Ovid funny in her personal statement. In the interview she was asked to give examples of his wordplay.

Other questions she was asked included:

What do you find interesting about linguistics, and what can we learn from the words neighbouring societies share?

How would you stage a tragedy differently to a comedy?

(Catherine B, interviewed at Jesus and Girton Colleges, Cambridge in 2010).

“I wasn't asked anything particularly tricky, I actually found the interview more like a tutorial. They were happy to show me concepts and see how quickly I understood and could apply them. I do remember sitting outside while another student was interviewed and hearing them ask her about something we had just done in further maths but my mind was blank on! So, when they asked if I'd covered it I said “no, we're doing that later in the year” and they asked me something else I was more familiar with. Interview technique and making sure you appear at your best is very important!!” (Sarah Gunn, interviewed at Newnham College, Cambridge in 1997).

Can you explain to me what's happening in this graph? (Lucy Parsons, interviewed at Sidney Sussex College, Cambridge, 1997).

How many people do you think could read in the sixteenth century? (Rachel Christ, Newnham College, Cambridge, 1998)

Which two history books would you take to a desert island and why? (Rachel Christ, Newnham College, Cambridge, 1998)

“The only specific question thread I remember was about biased evidence. After I had rejected posters as being propaganda with a purpose to manipulate people's views, I was asked whether photographs of an event were more reliable. I answered that they could equally be propaganda and it would depend what motives or interests the photographer had. This was followed by a question about whether cave paintings were biased if they didn't have a need to persuade others – they were decoration. I argued that a caveman still had a choice about what to draw, and as soon as someone makes choices, they are manipulating the evidence. Therefore it might be no better than propaganda.” (Nick Lawton, interviewed at Clare College, Cambridge).

Historians were also asked general questions that were specific to further reading that people had done and about the essays people had submitted.

“I was told to buy / borrow from the library the £52 book Stephenson Maths Methods and work through a few chapters that I fancied, bring the work with me that I'd done, and have some questions ready. So I had some questions on the “groups” chapter about generalised cases. I think they asked me something to do with estimation – along the lines of how would you estimate how many traffic lights there are in the UK – and I got asked an integral which I can't remember, but it was pretty simple – I think they do that to calm you down.” (Kathryn Kelly, interviewed at St Catherine's College, Cambridge, 1997).

Philosophy: Plato argues that objects in our world, such as chairs, come from an ideal form of a chair that transcends our world. Do you find this convincing?
Politics: China should be allowed to pollute as much as it wants, as the USA was able to during its industrial revolution. Do you agree?
Economics: Would you rather go to heaven now and experience infinite joy, or wait a year and then go to heaven? Why?
(Jamie Miles, PPE Graduate, jamoemills.com)

What are your thoughts on the controversy surrounding the repatriation of the Elgin Marbles? (Lisa Dossoye, interviewed at Newnham College, Cambridge, 1997).

“The lady who did my subject interview showed me a picture of some native Americans walking on a road near a big city and asked me what this told us about modern society!” (Kate Wilson, interviewed at Newnham College, Cambridge, 1997).

Given the pectoral girdle of a mole, Diana was asked to identify it. She was then given an electron micrograph of a plant cell to talk about. (Diana Reynolds, interviewed at Girton College, Cambridge in 1971).

At some colleges and for some subjects you may have one subject specific interview and one interview which is more general. These questions seem to come up more often at the general interview.

Why did you choose this college?

Why did you choose this subject?

What book are you reading at the moment? (Lucy Parsons, interviewed at Sidney Sussex College, 1997).

What are your favourite films and why? (Lisa Dossoye, interviewed at Emmanuel College, Cambridge, 1997).

What do you like to read for fun? (Catherine Bevin, interviewed at Cambridge in 2012).

What can you learn from these successful candidates?

For me, there are two key take aways from these memories of Oxbridge interview questions.

I have a page of resources (How to apply to Oxbridge and actually get in) that will really help you. Otherwise, leave a comment below asking your question and I'll be sure to get back to you.

Best of luck with your Oxbridge interview! HOW TO APPLY TO OXBRIDGE AND ACTUALLY GET IN