If you have a bright and very academically able child, you might be thinking that school and exams are going to be plain-sailing. After all, they've got a natural talent for this stuff, so what could possibly go wrong?

Well, in the time that I've worked as an academic coach it's actually been some of the brightest students that I've worked with who have been most difficult to help. And, the trouble is, they come to me when the problems are so entrenched that it's virtually impossible for me to help. 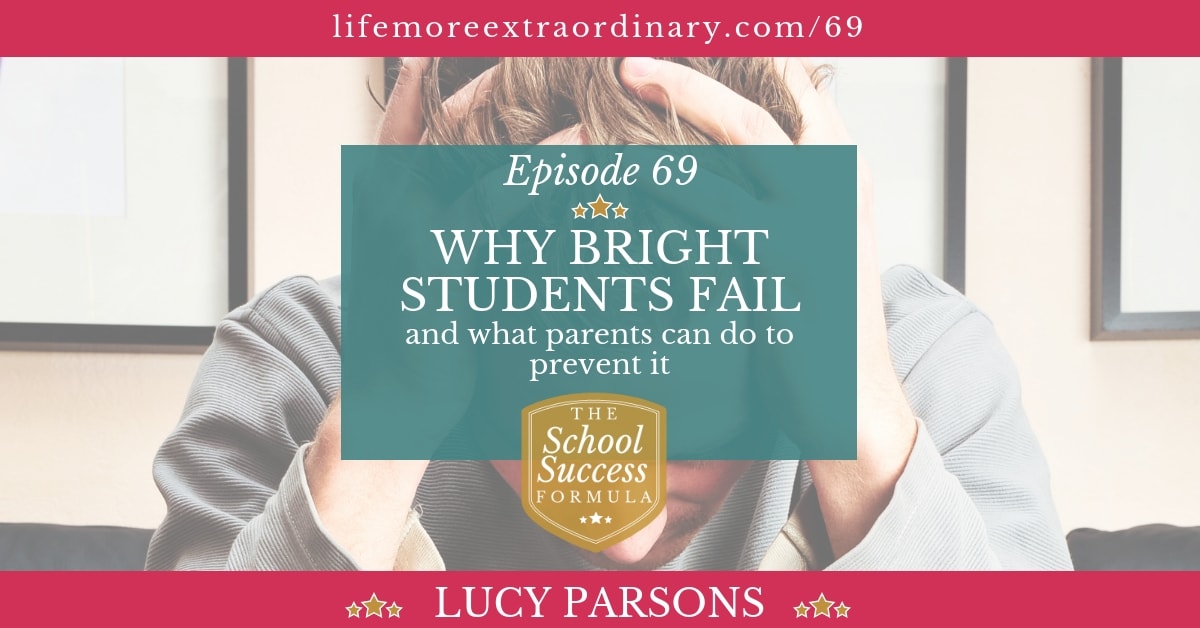 As a parent, it's very easy to slip into a pattern of repeatedly telling your bright child how clever and intelligent they are – simply because they find things easy.

I remember when my daughter was first born. On the first morning she was alive, I held her in my arms and looked into her wide-awake eyes for about three hours. I could tell from that moment that she was bright and that she had a huge capacity for absorbing information and concentration.

She kept on showing us that she has natural academic ability. I realised around the time she turned two that she could read numbers. I hadn't tried to teach her, she'd just picked it up. By the time she was two and half she could recognise all her letters. My sister, who is a primary school teacher, took about five minutes to show her how to blend letters when she was four and from that moment on she could read. It's just carried on in a similar pattern ever since.

When she was little I used to tell her how clever and bright she was. But, that was before I learned about mindset and how critical it is in education.

The problem is with giving your child praise for something that you and they come to see as an intrinsic part of their character – their intelligence – and their lack of effort.

This means that your child comes to think that it's important to the people around them that they're bright, but also that they're perceived to achieve a lot with very little effort.

This is what the psychologist, Carol Dweck, author of Mindset would call a ‘fixed mindset'.

If I kept telling my daughter that she was ‘clever' and ‘intelligent' she was going to develop the idea that intelligence is a fixed part of who she is that cannot be reduced through lack of effort, or improved through greater effort. And, one day, this would lead to trouble.

Why some bright students are almost impossible to help

Many bright children will get by without exerting much effort for many years. They may even get through their GCSEs by hardly lifting a finger. But, at some point in their lives, they will encounter a challenge that they can't get through on their native wit alone.

I had one client who thrived academically until she was in year 12. She even got an A* in her AS level maths. But, something happened after that. The work got too hard, she was used to not putting the work in and therefore didn't have the necessary personal resources or skills to deal with this new level of difficulty. From that point onwards in her education, she really struggled. I worked with her throughout her second year at university and by this time her mindset was so entrenched that it was virtually impossible to shift it. I did manage to get her through the second year – but when she stopped having my support in the third year her work rate regressed again, and so did her achievement.

I have recently come across another student who was told he was very intelligent throughout his life. However, he received disappointing results at GCSE and from there his mental health started to suffer and his grades plummeted. It's as if his identity was tied up with getting excellent grades, and when he didn't achieve what was expected of him his whole sense of who he is fell apart.

Neither of these students had developed some of what Martin Griffin, author of multiple books about student mindset, calls the non-congnitive skills essential for students' success. These include things like:

They hadn't developed these skills because they had never needed them before. This is unlike students who are less academically able. These students will have been disappointed by results many a time, but picked themselves up and kept on trying. They will have had to work hard for what they've achieved and therefore learned how to manage their time effectively and prioritised – out of necessity.

How to prevent bright students from failing

If you've got a bright child and, reading this, you've realised that you've fallen into the trap of reinforcing their intelligence you're probably desperate to know what you need to do to stop your child from failing in the future.

The answer is to try to change your child's mindset from a fixed mindset to a growth mindset.

A growth mindset is the opposite of a fixed mindset. It's the belief that you can improve any achievement through effort applied in the right way. A student with a growth mindset will willingly work hard, they will embrace and enjoy new challenges and they will actively seek out difficulty. On the other hand, a student with a fixed mindset won't even try if something's hard – because, in their eyes, it's better not to try and fail than to try and fail, because this brings their intelligence into question.

How do you do this?

First, you stop telling your child that they're clever / intelligent / bright etc.

Second, you start praising them when they do put some effort into something.

Thirdly, you link effort to achievement. For example, with my own daughter, whenever she gets a good mark I always say something like, “That's wonderful, and it's all down to the hard work you put into preparing for that.” I never let a chance slip by to link achievement to effort.

Finally, and most importantly, you tell your child that you love them, and let them know that that love is unconditional.

If your child thinks that you love them because they are effortlessly bright they will be petrified of failing – because that would mean that your love could be withdrawn. This will stop them from attempting new and difficult things in the fear that they will fail and disappoint you.

As one mum said in a message after a recent parents' group coaching call for The Extraordinaries Club:

I just have to remind myself (a lot) that my son is 15 and the exam results won’t define him, he should try his best and feel happy for himself, we can only put everything in place and then it’s their shout. My daughter was killed in an accident four years ago, she was 14, we want our son to do well but he’s here and that’s what matters.

The one thing I would quibble with in what that mum says is that I do think that exam results define you. I wrote about this for The Independent a couple of years ago and received a lot of flack for what I said. What defines you about your exam results is the way you implement those non-cognitive skills of resilience, organisation, time management and resourcefulness to achieve them. Even the brightest students who don't use those skills don't achieve their best. And, that's why I think exams are a measure of character as much as they are of academic ability.
So, go away and look into your child's eyes today and tell them that you love them. If they ask you why, just say, “Because you're you.”
When your child knows that you love them unconditionally and you admire the effort they put into their endeavours, you will set them free to achieve anything they want, no matter how hard it might be.

Do you need more help with this?

If you've read this and realised that you might have a problem with a child who is very bright, or even just ‘normal', but with a fixed mindset, I can help. In The Extraordinaries Club the parents' version of the Motivation and Mindset modules will get you to think far more deeply about your own drivers and motivations in how you parent your child, and help you to relearn how you talk to your child about their school work, and all their other endeavours.

Click here to find out more about The Extraordinaries Club, or email me on lucy@lifemoreextraordinary.com to find out if it's right for you.

The important thing is starting to change your child's mindset before they start to fail.