Bill Morrison, the latest person to join our Academic Coaching team, understands, from his own experience, that academia and education do not always follow a straightforward path.

This blog is a summary of my conversation with Bill, which you can listen to using the podcast player above or by searching for The School Success Formula on your favourite podcast app.

You can find conversations with all the academic coaches at Life More Extraordinary and find out more about academic coaching here. 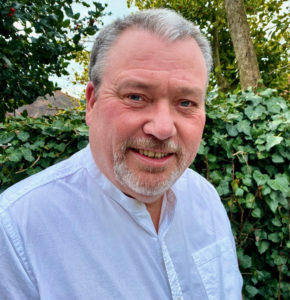 Bill Morrison studied economics as a mature student at the University of Liverpool where he earned a first class honours degree. After doing his PGCE at Warwick University he started his teaching career at a comprehensive school, before moving into the independent sector.

Bill was Head of Department for Economics and Business. He held this role for over twenty years, as well as being an examiner and principal examiner.

As a form tutor to years 10/11 and 12/13 throughout his career, there are very few issues that Bill has not encountered with his pupils. Whether it is the tragedy of bereavement, the complexity of a world driven by the mobile phone or the draw of gaming on a student’s time, Bill has met and overcome the myriad of reasons that a student’s academic progress may be challenged and impaired.

Whilst acknowledging his teaching role as instructor, advisor, cajoler, enabler and cheerleader, he understands that hard work and dedication from the students themselves is imperative for success to be attained.

In Bill’s own words, – as a man who knows from experience – his advice to his pupils is, “Follow your dreams, dreams come true” and “you are the one that  can make it happen.”

Bill is now retired from full time teaching but has joined the Life More Extraordinary academic coaching team to do more of ‘what he does best’.

Can you tell us about your history and what brought you to academic coaching?

Firstly it might be useful to look back at my own education. I still have all my reports from both my primary and secondary schools and there was definitely a theme, which read something like, ‘Silly and easily distracted’.

I was a typical boy, school got in the way of life. I was the kid that would get home from school ASAP and any homework that needed to be done was was just rushed, in favour of playing football.

That was me, until about year 8, when a classroom event changed my perspective on studying and education.

The moment that changed things

I was in an English class and we had been set homework by Mr. Bentley to write a poem about an animal. I sat next to my friend Jeff and he showed me his poem. As I read it, I just fell about laughing. It was just hysterically funny in my  opinion and I can still recite it today 40 years on. So this is Jeff’s masterpiece:

The cat sat on the mat.

And that was it.

I said, “You’re going to be nailed for this,” and sure enough Mr. Bentley kept us behind at the end of the lesson, and he tore into us explaining that we were wasters as we will achieve nothing in life, etc, etc.

That was a turning point for me because I really didn’t like being shamed in that way. I though, “I’ll show you. I’ll show you what I can actually do.”

And that event, is still ingrained in my memory.

Discovering a love for studying

So, I started to work  and discovered that I actually like studying. I actually liked getting nice reviews of my work, good grades, etc. and I became a dedicated student. I went on to complete A Levels in Physics, Chemistry, and S level Maths and then went to study maths at Leeds University.

My teacher inspired me to change from clown to conscientious.

However, for various reasons, I dropped out and ended up working for NatWest bank, and then became a building society manager for Nationwide.

After about 10 years, I thought, you know what I would really like to go and get the degree that I should have got when I was 18. So at 27, I applied tp University to start an Economics degree, which I thoroughly enjoyed and achieved a first class honours, through hard work and dedication.

Subsequently I went to Warwick University to complete a PGCE and taught for 28 years, the first two of which were in the state sector and the rest in the independent sector.

I was a form teacher for years 10/11 for 20 years as well as  enjoying stints as a sixth form tutor. I taught Economics and Business at both GCSE and A Level, so am really familiar with these age groups.

In my experience however, whilst it is of course vital for a teacher to communicate their subject eruditely, it is recognising what the student’s eyes are communicating that is even more important. They will tell you everything you need to know; whether they understand the question or if they are just bluffing.

It is in these moments that questions other than the initial transmission of information emerge.

How can you enhance with a student’s understanding? How can they organise themselves better?  What tactics can you imbibe that will better a bright child’s achievements? Teachers need to be kind and cajole.

I think with with both coaching and teaching, the reassuring hug approach is essential, but you also have to adopt the tough love approach at times.

What was the biggest struggle in your education and how did you overcome it?

The biggest struggle initially, of course, was with myself.

My attitude, and the conversation with Mr. Bentley, was the turning point.

I found that once I had adopted the correct attitude to to my studies, (and there were tough times in my Physics A-Level when I wondered what was going on), but I used my own self resilience by bouncing ideas off people, talking to friends and not being afraid to knock on lecturers doors to seek advice.

I think because I was a mature student I had the confidence to ask questions – I was self motivated and wanted to achieve.

The biggest battle for any student is with themselves.

Can you tell us about the experience you have as a teacher and how this informs your work as an academic coach?

Over years of teaching and delivering the academic content, appreciating that each student is an individual with their own ways of working is key. I pride myself on the fact that I’ve developed a teaching approach that enables me to think on my feet; When you realise someone hasn’t grasped something you need to know how to go about  rectifying that.

Being a form tutor to students in year 10/11 and 12/13, as you can imagine, was a key phase in a student’s life. Boys discover girls, girls discover boys, puberty is all embracing.

Also some of my pupils some had gone through horrendous stuff like the loss of both parents.

We lost two sixth form students, that I taught, in a car crash, and helping pupils through that is a challenge

However, over time, the interactions you’ve had with students helps inform you how you help them, whether it is bereavement or helping a very bright, intelligent boy who is addicted to gaming.

Supporting a student who was addicted to gaming

Helping the student who was addicted to gaming was a multi pronged approach, to be honest, involving both myself, the head of year and the parents, even suggesting that the parents use a pair of scissors to cut the plug off!

It was a really, really difficult one. To be honest, things changed for him when he moved into sixth form because he could concentrate on subjects that he was really interested in – it was a case of trying to manage it. Throughout his year 10 and 11 I’d know when he’d been up all night, because he’d walk in and be asleep at his desk.

Sometimes it’s, it’s a question of how do we get students through the bits they’re forced to do so that they can move into areas they enjoy.

Which book has had the biggest impact on your life?

Your favourite teacher and why?

That is really really tough. I would have to say that apart from Mr. Bentley for what he did, a lady called Miss Thomas, who was my Applied Maths teacher a wonderful lady. Brilliant. Unfortunately no longer with us, but she was magic.

Most used app on your phone?

Would you like Bill to be your academic coach?

If so, check out the information about how you can work with us here and book a call to talk through why you’re looking for help so we can assess if we’re a good fit for you.