Read this shortened version of the conversation I had with Aarti Lodhia to introduce her as an academic coach. Or, use the podcast player above to listen to the full conversation.

You can find conversations with all the academic coaches at Life More Extraordinary and find out more about academic coaching here. 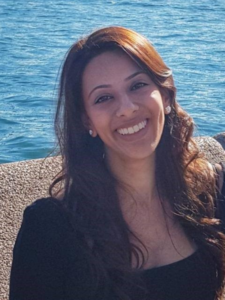 Aarti Lodhia is a fully qualified teacher specialising in biology and has had twelve years teaching in both upper schools and sixth form colleges. Aarti left her role as the Curriculum Leader of A level Science in July 2020 to become a tutor and become an Academic Coach with the Extraordinaries club.

In her previous role, she worked predominantly with students applying for a place in Medicine and Dentistry and has significant experience in carrying out MMI (multiple mini interview) mock interviews and writing personal statements for UCAS applications. Aarti brings with her insight knowledge into examinations as previously she was a GCSE examiner and is currently an A level Biology examiner. Aarti is also a professional dancer alongside her tutoring and coaching, so appreciates what it is like to have a passion outside of studies and how to maintain both at a high level.

Can you tell us about your history and what brought you to academic coaching?

I’ve been a teacher for the last 12 years, with the last five years in a sixth form college and the final three years of that as a curriculum leader. I specialise in A-Level biology, but was curriculum leader for A-Level science.

I believe that, as a teacher, it’s not your job to just teach your subject. What I tried to do was find out what my students wanted to do at university and as a career, to understand the whole motivation of a student. This helped me to link their learning back to their aims. For example, I had a student who wanted a career in ecology, so every time something came up that was linked to ecology, the environment or plants I was able to say, “This will be really interesting for you.” I did the same with people who wanted to be medics, dentists etc.

So, that’s where the teaching and coaching overlap, really.

It’s all about studying smarter rather than harder – focused, active learning for half an hour rather than three hours studying in the wrong way.

Why you shouldn’t underestimate the transition to A-Level

Having worked in a sixth form college, when students come from GCSE to A-Level with great grades they don’t appreciate the depth of study required. A-Levels are also studied over a quite short period of time – it’s really less than two years. There are huge amounts of knowledge and you have to learn to answer the exam questions which are much harder because they’re a step-up in thinking skills.

Some students think they can have a bit of a breather in year 12, after the rigours fo GCSE, but there’s another step up in year 13 and the students who haven’t worked in year 12 really regret it when they get to year 13.

What’s been your biggest struggle in your own education and how did you overcome it?

I went to a private, girls’ school. I was always an ‘average’ student, comparatively to the other students. Until I went into teaching I didn’t realise the range of students you get.

I remember when I was in year 10, I thought I wasn’t very good at English. My English teacher said to my dad at parents’ evening that I would only get a C, my music teacher said the same and my chemistry teacher said I would be able to get a B but I wouldn’t be able to do it at A-Level.

I felt really down about this, and I didn’t really understand. None of my work was at that level, it was all getting marked higher, so I didn’t understand why they were saying I would get those grades.

So, I worked very hard, proved them all wrong and got all As. (Check out the blog post, How to succeed in your exams even when no-one believes in you for more on this).

That was a struggle for me mentally, because the teachers are telling me something else and I was thinking, ‘I’m not that bad’. They might have been doing it to push me.

The only thing that I regret is that I might have chosen different A-Levels or doing something else. I love reading and creative writing and I feel I probably would have done English at A-Level, but because my teacher made me feel not good enough I didn’t choose it.

The things that made me push myself to do better than they were saying were:

After the English teacher told me I was going to get a C, I did a piece of coursework on Romeo and Juliet and got an A. I proved to myself that I could do it.

I realised that I have to work harder, but I can get a higher grade in this.

Can you tell us about the experience you have as a teacher and how this informs your work as an academic coach?

These experiences helped me understand how important it was to build a relationship of trust with the students.

When I was in my curriculum leader role, I built different relationships with them, beyond the subject which helped me to become the teachers and coach that I am now.

Have you got any examples of how you’ve worked with young people and helped them make breakthroughs?

I love coaching because it’s about the student, not about the subject, and it helps them build their skills for the future, not just for now.

One student I worked with was autistic and came into my class in year 12. He’d been in a special school prior to this. Early on, he said that he wanted to be treated as normal. I was still worried about doing things like tests, practicals and asking him questions in front of people.

I started meeting him before the lesson to tell him what was going to happen and checking he was OK with it all. This helped us to develop a really good relationship going into year 13. But, his mental health deteriorated at the beginning of year 13.

He told the SEN department that he would only talk to me, because of the trust we had built up over the last year. He stopped coming to college and tried to commit suicide but he came and told me and we were able to help him get back on track. Now, he’s at university doing very well.

Another student, who I only taught in year 12, suffered from anxiety. I got to know him as a person, not just a student. In year 13 he wasn’t put in my class, which he was upset about, but he would still come and talk to me or sit in my lessons. We really talked about his anxiety e.g. how he could use the time-outs from his exams effectively. He ended up doing really, really well.

The year after he left he came back to give a talk and said that even though I wasn’t his teacher, it was because of me that he got his amazing grades.

Which book has had the biggest impact on your life?

The Lord of the Rings and Harry Potter.

Your favourite teacher and why?

Miss Todd, a biology teacher, who was always smiling. I feel in love with biology because of her.

Take-away – chips from the chippy. Food – pizza or Indian, or Mexican. I just like food!

Most used app on your phone?

Aarti is also a professional dancer…

She has performed at the O2 arena, on Strictly Come Dancing and at the Nobel Peace Prize ceremony.

Here’s a clip of Aarti on Strictly:

Would you like Aarti to be your academic coach?

If so, check out the information about how you can work with us here and book a call to talk through why you’re looking for help so we can assess if we’re a good fit for you.